Cheltenham’s 2000Trees Festival returns in 2019, bringing with it a selection of rock, alternative, and metal music’s finest acts.

Taking place at Upcote Farm in the Gloucestershire countryside from July 11th – 13th, the festival will be headlined by the inimitable You Me at Six.

The killer line-up doesn’t stop there, however, as over 30 bands have been confirmed for the two-dayer, from some of alternative rock’s biggest names, through to emerging acts who are just setting out in their idols’ footsteps.

Also included in the line-up are: Sheffield metalcore band, While She Sleeps; Every Time I Die, who will be performing Hot Damn! and various other hits; Northern Irirsh alt-rockers, Therapy?, who will hopefully be rolling Screamager out for an airing; and frank iero and the future violents, who were announced as Iero‘s new band at the back end of 2018. 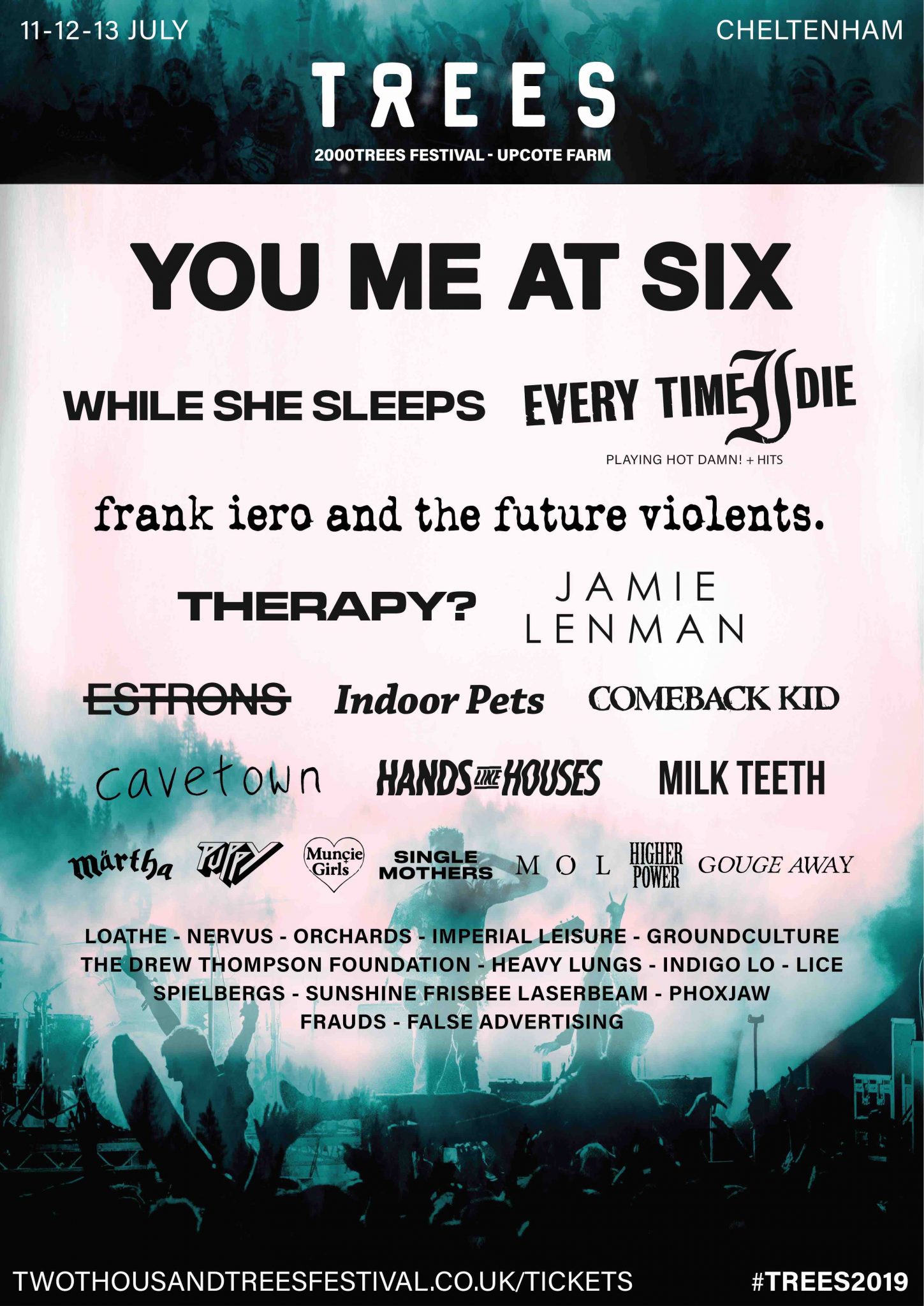 If you are a fan of alternative metal and rock, then 2000Trees is almost certainly the festival for you. With 12 years of experience under their belt, they have consistently improved, year-upon-year. 2019 looks set to be their best festival yet.

Artists: You Me at Six, While She Sleeps, Every Time I Die, frank iero and the future violents, and more.

Prices listed on 13/1/19 and are subject to change closer to the event.